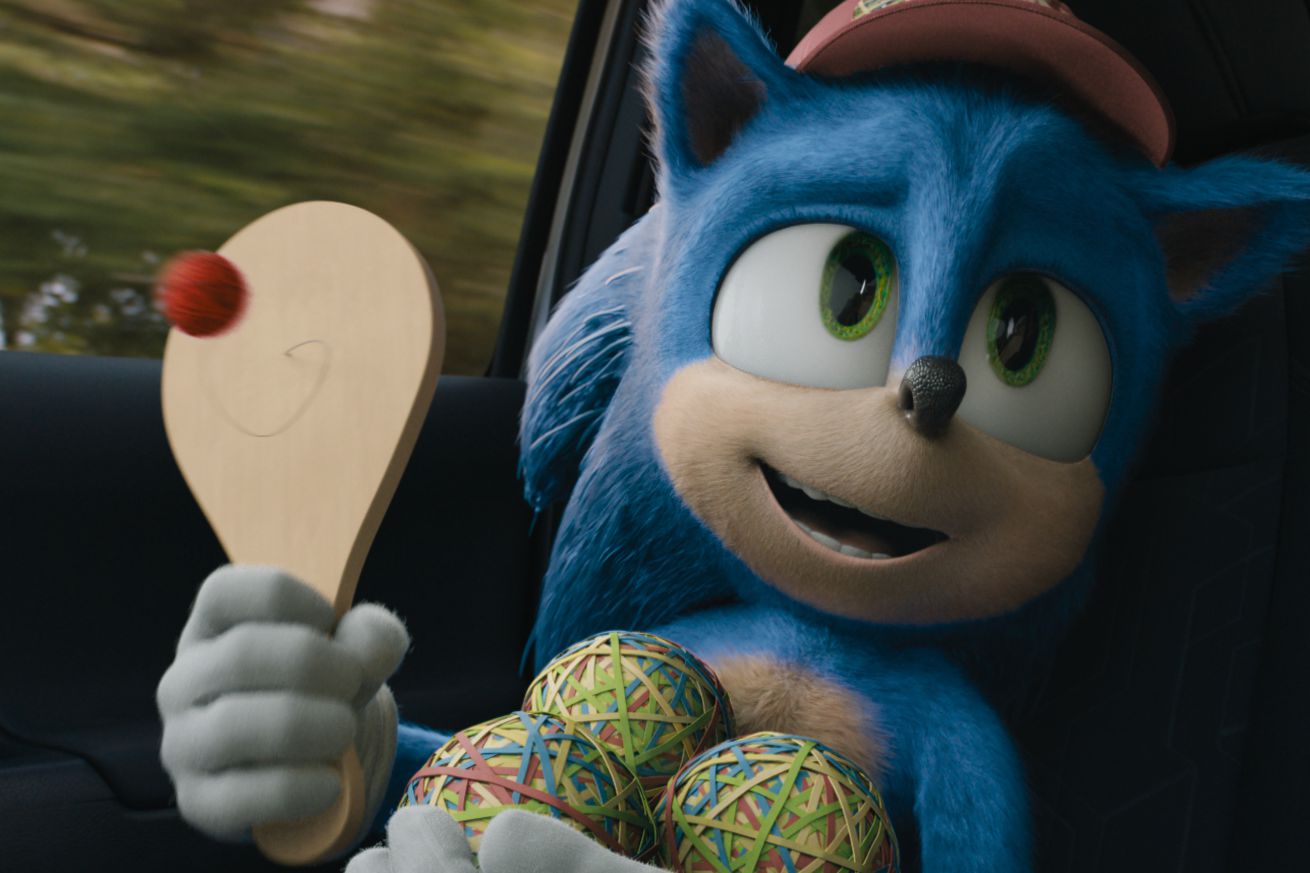 When the first trailer for Sonic the Hedgehog was released in 2019, fans were horrified by CGI Sonic’s beady little eyes and human teeth — an uncanny

When the first trailer for Sonic the Hedgehog was released in 2019, fans were horrified by CGI Sonic’s beady little eyes and human teeth — an uncanny valley horror. He had a face that was asking a lot of a mother to love, let alone moviegoers. So Paramount pushed back the movie’s release date and brought in animator Tyson Hesse, art director for Sonic Mania Adventures, to lead the redesign. Not only did the animators go above and beyond in fixing Sonic to look more like his video game origins, but they might’ve saved the movie.

The new Sonic is so adorable that it almost makes up for a pretty generic plot and a human cast that play the roles of “heroic” and “bad” so straight, they could be extras in The Good Place. To run away from villains after his superspeed power, Sonic (voiced by Ben Schwartz) leaves his planet via magical portal rings to find himself on Earth in the small town of Green Hills. We find out that his fast-talking personality is basically a result of 10 years of intense isolation, having to hide from the townspeople and keep himself entertained by talking to himself. After causing an energy surge that shuts down the town’s power, the government sends Dr. Robotnik (Jim Carrey) to investigate. Sonic partners up with good-hearted sheriff Tom (James Marsden), and the two develop a bromance the way men are prescribed to in movies, through a road trip and a bar fight.

Ultimately, Sonic is a children’s movie that recognizes it may be kids’ first introduction to the hedgehog, so it makes minimal references to the video game world he comes from and spends more time alluding to things they might get. Unfortunately, the gags seem a few years too late, immediately dating themselves: there are multiple jokes about Olive Garden’s unlimited pasta. Sonic does the floss dance not once, but twice. They make jokes about Vin Diesel in TheFast and the Furious. (Actually, this one will probably stay relevant for as long as they keep making FF movies, which is forever.)

The movie shines when it remembers it’s based on a video game, and there’s some genuinely fun stuff — like when Sonic uses his time-stopping powers or Robotnik’s elaborate “evil-plotting” montage that makes you wonder why more movies don’t feature bad guys with choreographed dance sequences. Carrey plays up Robotnik as the cartoon villain he is, and it’s a true delight to watch him in his element. And — spoilers ahead — the end credits hint at a sequel featuring Tails and an even more unhinged Robotnik going full-on Eggman.

But when most of the movie takes place in nondescript city-ville (comes in two flavors: small town and big concrete buildings ‘n streets), it’s hard to not to think back to the lush Emerald Hill Zone planet the movie showcased for maybe 30 seconds. I wish it took place there instead. Sonic the Hedgehog could have gone from a good to a great movie not by bringing Sonic into the human world, but by bringing audiences into his. Maybe we should just be thankful that the movie was watchable at all. Sonic’s success hinges on the character being likable, and the redesigned Sonic is easy to love.