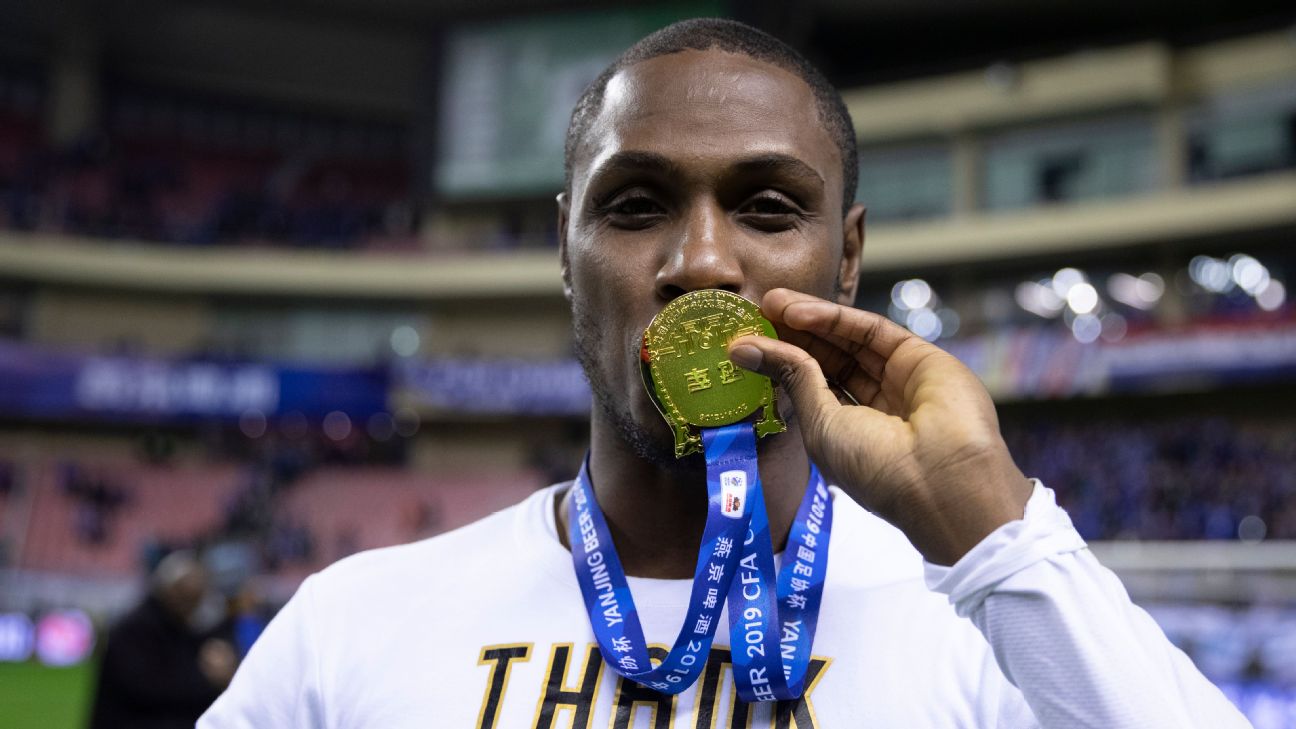 Manchester United have told new signing Odion Ighalo to stay away from their Carrington training base because of fears over coronavirus, sources have told ESPN.

The striker has been training at the National Taekwondo Centre, next door to Manchester City's Etihad Stadium, since arriving from Shanghai Shenhua as a precaution.

After signing on loan on deadline day, Ighalo arrived in Manchester from China on Feb. 1 and will remain in the mandated 14-day incubation period until Friday.

Ole Gunnar Solskjaer and his squad will return from their warm weather camp in Marbella on Friday morning and Ighalo will train with his new teammates at Carrington for the first time over the weekend before the trip to Chelsea on Monday.

Ighalo was not included in the squad which travelled to Spain because of fears he would not clear UK immigration on the way back having been in China fewer than 14 days earlier.

The 30-year-old, who has not played a competitive game since Dec. 6, has been working to a personalised training programme designed by United staff in a bid to ensure he is ready to feature at Stamford Bridge.

"He is going to travel with us," said Solskjaer. "We will just see his fitness work this week and I think we will get him sharp.

"We want to integrate him as quickly as we can because, of course, he is desperate to play for us."