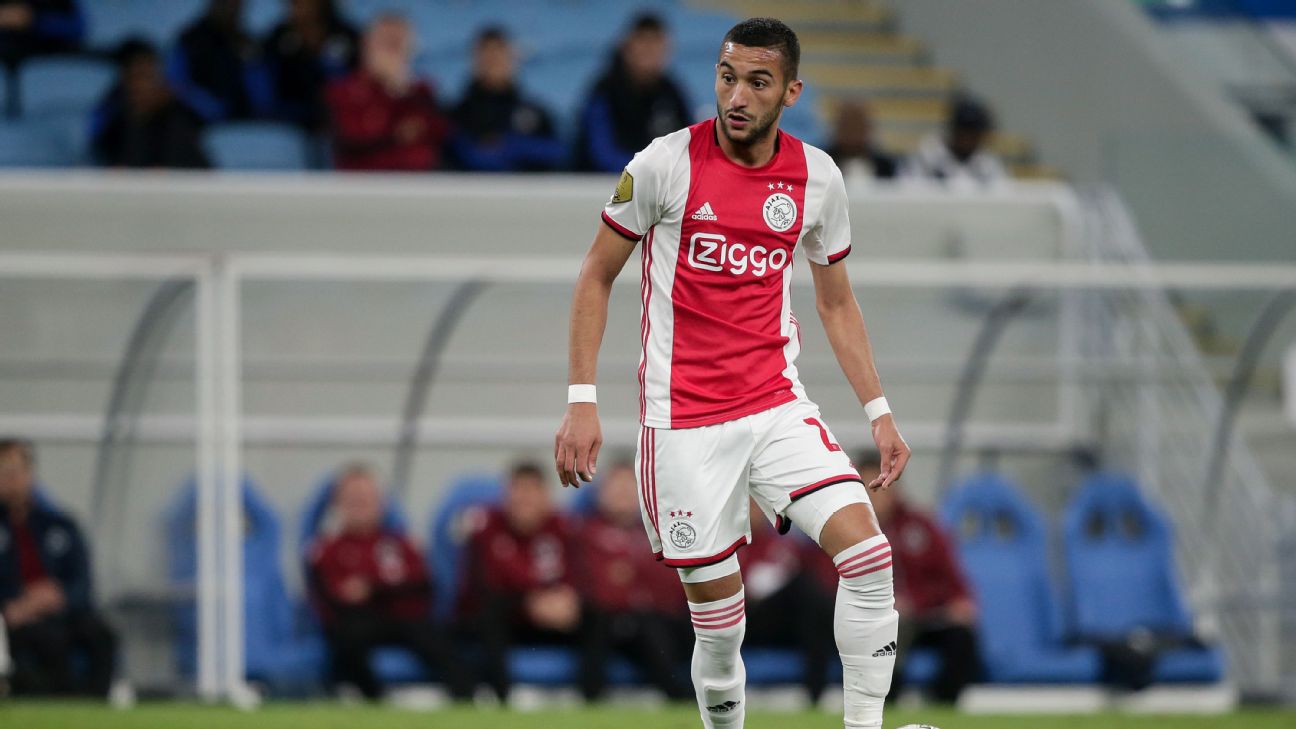 Craig Burley questions if Mauricio Pochettino would be interested in managing Man City if Pep Guardiola leaves. Alexis Nunes teams up with Xbox FIFA pro Tekkz for a massive Liverpool

Chelsea have a verbal agreement to to sign Ajax forward Hakim Ziyech for €45 million, sources have told ESPN.

The Morocco international is the first signing coach Frank Lampard has made since joining the club in July. Chelsea were under a transfer embargo and then did not make any signings in the January transfer window.

While a deal has been agreed, the transfer window has closed so it will be the summer before he joins the club. The club have been interested in the 26-year-old for a while and had to compete with interest from other London clubs Arsenal and Tottenham.

- Transfer Grades: All the big moves rated
- When does the transfer window re-open?
- All major completed transfer deals

Sources have told ESPN that Ajax successfully negotiated a new contract with Ziyech in the summer, which removed a €30m release clause.

Ziyech was a key part of the Ajax team which eliminated Real Madrid and Juventus en route to the Champions League semifinals last season and also won the league and KNVB Cup in the Netherlands.

Speaking after Ajax's 3-0 cup win over Vitesse Arnhem, boss Erik ten Hag said he was happy no player had left the club in January, which had been their main objective.

Chelsea have met Ajax twice this year in the Champions League group stages with Ziyech having started both games. The Blues won the first leg 1-0 while the second leg in Amsterdam ended in a 4-4 draw.

He has scored nine goals across 28 Eredivise and Champions League games.