“Moi's era was not a peaceful era and Kenya was not united."
'Don't force me to forgive Moi' – Nyayo House detainee

“Moi's era was not a peaceful era and Kenya was not united."

• Kitur says the government is not serious about truth, justice and reconciliation 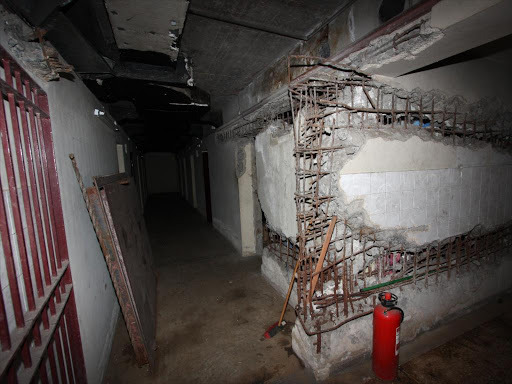 Tirop Kitur, who was held at the infamous torture chambers in June 1986, added that it is unfair to ask former detainees to forgive the former president.

“It is okay for ODM leader Raila Odinga to forgive Moi. He has everything he needs. He was a prime minister, he is wealthy. Ask the poor people who sacrificed their lives if they want to forgive Moi. Some died and were forgotten. Others became alcoholics, their lives and families destroyed,” Kitur, a former commissioner with the Kenya National Commission on Human Rights said.

Raila said he was a victim of one of the late and former President Daniel Moi's mistakes, but decided to forgive and move forward.He Raila was among politicians who were arrested and detained for organising a political rally without a permit in 1990.

I was a victim of Moi's mistakes - Raila

Kitur added that past government efforts have shown that it is not serious about forgiveness and healing.

“Why are we being forced to forgive Moi? The government made it hard for us to forgive Moi by appointing Wagalla massacre perpetrator to head the TJRC,” Kitur, who was expelled in his second year at the University of Nairobi said.

Kitur was speaking during an interactive session at PAWA254 on Wednesday. The session brought together former political detainees during Moi's 24-year reign.

Kenyan linguist Kimani Njogu who criticised efforts to paint the former leader as a peacemaker.

“Moi's era was not a peaceful era and Kenya was not united. Moi intensified tribal division as a ruling tactic,” Njogu said.

Kitur was arrested alongside former secretary general of Release Political Prisoners Karimi Nduthu in June 1986 after almost four months of a cat-and-mouse chase with the police.

He was thereafter held at Nyayo House for 18 days before both were arraigned in a Naivasha court on charges of sedition and destruction of property.

Although he was sent to jail for 15 years – eight years for sedition and seven years for property destruction – Kitur only served six years at the Naivasha Maximum Prison.

Moi's death has divided Kenyans on his legacy with his supporters pointing to the stability of Kenya as an island of peace in a sea of chaos in the Eastern African region.

His opponents have however dismissed the plaudits as efforts to revise history and sanitise the former president's reign that was marked by human rights violations and corruption.

Moi named Gideon his successor before his death

Move signifies Gideon's readiness to take on Ruto in the fight to control Rift Valley politics.
News
5 hours ago

How Mzee Moi's body was preserved at Lee Funeral Home

After body is rewashed and dried, moisturizing cream is applied to the face, hands.
News
21 hours ago
STAR COMMUNITY POLICY AND PARTICIPATION GUIDELINES
by OMONDI ONYATTA
News
13 February 2020 - 09:29

Sign up for the free Star email newsletter and receive the latest Kenya news daily.