Bodyguards were arrested after assaulting a journalist in Geneva.

Advertisement
​
By BBC
More by this Author

Authorities in Switzerland have handed suspended sentences to at least five members of Cameroon President Paul Biya's security team, after they were arrested on Tuesday in Geneva for an alleged assault on a journalist.

Swiss newspaper Tribune Geneve reports that the five men appeared in court on Wednesday and a sixth member of the team, a woman, had been released as she held a diplomatic passport.

A statement by the regional government said a criminal complaint had been filed by a journalist, working for Radio Télévision Suisse (RTS), who alleged that he had been assaulted in front of a hotel while covering a demonstration by opponents of the Cameroonian president last week.

The statement said the journalist was slightly injured and his equipment damaged.

The Geneva-based RTS said the men were sentenced for "duress, damage to property and illegitimate appropriation".

It added that the men received suspended sentences of at least three months. They were immediately released.

President Paul Biya has been in power for more than 36 years and won another seven-year term in 2018.

He's been criticised by some for a supposedly "hands-off" style of rule and his foreign travels. A report by investigative journalists estimated that he spent nearly 60 days out of the country in 2017 on private visits.

Hundreds, among them politicians, at the All Saints Cathedral to celebrate Collymore's life.

Hakim Ziyech: Morocco waiting for the 'dormant lion' to roar

Mystery stowaway may be JKIA worker 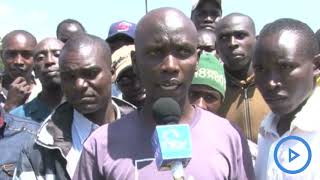 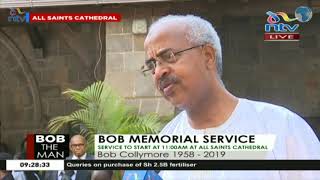 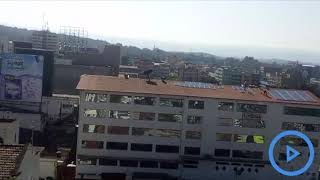